What is child trafficking?

The recruitment, transportation, transfer, harbouring or receipt of a child for the purpose of exploitation.
(UN Convention against Transnational Organised Crime)

A child is anyone under the age of 18 years.
(UN Convention on the Rights of the Child)

BridgeWorks works with children’s Homes that largely serve areas and villages where the poverty and dysfuctionalism of the communities is very high. Consequently, the children in these homes are at very high risk of being trafficked before they reach adulthood.  The trafficking falls mostly under the category of relatives knowingly selling the children. This is a wide-spread and accepted practice from the villages that these children come from, with other family members (eg – siblings), and older relatives themselves already trafficked in earlier years.

Most of this trafficking by relatives is not reported, and therefore not included in official statistics, but we have found it to be common, and believe that the practice affects a high proportion of children from these areas. One of the biggest hurdles is the children’s own sense of ‘obligation’ to their relatives, even when they have other pathways available to them.

One common method of child trafficking is the sale of a child for “marriage”. This can happen any time from the age of 12 years old. Sometimes a child will be sold once, to one partner. However, it is also common for a child to be sold in “marriage” for several weeks or months (depending on the price), then subsequently sold for a period to another partner, and so on. This kind of trafficking is hard to identify, as it is somewhat disguised, and outside organisations are not always aware of the continual progression of “marriages” that a child has to endure. This also sometimes begins even when a child is in the relative safety of a children’s home. Sometimes children go back to stay with relatives during holiday periods, and a high-risk child is seen as a commodity to be sold for the period that she is at ‘home’.
Case: In 2009, relatives claimed a 15 year old girl who had been a member of a children’s home since 6 years old. Within 6 months, she had been sold 4 times in ‘marriage’ to 4 different men.

Children are also sold by relatives to be labourers for others. This includes a wide range of labour, but boys especially are sold for use in the drug trade.

The other common destination of the trafficked child is to brothels, usually where the child is kept under security, and can be very difficult to locate. Brokers are heavily involved in this type of trafficking, and there is a constant and growing demand for young children. The regional brothel industry is highly secretive and well organised, and for a young child, escape from this life-style is not very likely.
Case: Also in 2009, relatives tried to claim a 13 year old girl, but a member of the children’s home overheard them planning the sale of the girl to a brothel. The carers of the home refused to release her, but the relatives returned with armed men and removed her by force. She was sold to a consortium of brothels, and moved around to avoid discovery. Her current location is unknown.

Thailand: Fighting Child Trafficking – East Asia is an area of economic expansion. But along with the growing trade in goods and services comes trade of another kind — the trafficking of young children……..

It’s difficult to know exactly how many children are enslaved ….. every year. Trafficking is growing very quickly in a region where the documentation of human migration is poor. Koompraphant [director of The Center for the Protection of Children’s Rights in Bangkok] can only make an estimate. “It is quite difficult to monitor, but for children, maybe many hundred thousands.”
UNICEF estimates that every year, around a million children in the region [Thailand] are taken to work in factories, as beggars on the streets, or worse, as sex slaves. Some go willingly or as a duty to their parents, others by force.
(dw-world.de article)

ecpat. Trafficking Factsheet Thailand.pdf
This is an excellent PDF fact sheet for those needing more background information on the trafficking problem in Thailand. 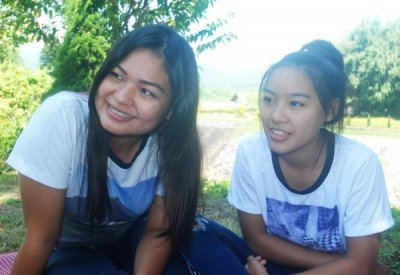 This year (March) we were thrilled to celebrate with three of the BridgeWorks youth who graduated from their last year of high school. These young at-risk kids from tribal backgrounds have [...]

BridgeWorks helps children that are all high risk kids. In our experience, high risk means that the chance of them being exploited, trafficked, enslaved, abused, ending up in jail, […] 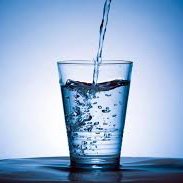 Pon Jak Faa Children’s Home celebrated the supply of drinking water to their home recently. With the help of donations from various sources over the years, BridgeWorks has facilitated the [...]